Exploring Our Big State Through the Big Screen

Taking little trips up and down California is one of life’s simple pleasures – and it’s a real bummer we can’t explore our state in person right now. But one benefit of being so close to Hollywood is that the San Joaquin Valley and its surrounding areas have served as backdrops to countless movies and TV shows over the years. And while we’re all pretty much stuck at home for the moment, we can still experience the state through film and TV, seeing places we know and love and discovering other places for the very first time. We’ve put together a sampling of locations that appear in movies and shows, starting up north in Sacramento and running all the way down to Bakersfield. Take a look and let us know what movies and shows filmed in our service areas look good to you!

Film writer and director Greta Gerwig, originally from Sacramento, revealed herself to be a bold new cinematic voice with her directorial debut, Lady Bird. The crux of the movie is a love story between a mother and teen daughter, where the bond is deep but also goes through humorous turbulent times.  Lady Bird was filmed in Sacramento and highlights various iconic landmarks in the Capital City. Greta’s goal was to write a love letter to Sacramento as seen through the eyes of someone who can’t appreciate how beautiful the city truly is until she is someplace else. The movie explores the iconic Fab 40s community, McKinley Park rose garden, American River, Tower Records and the physical beauty of Sacramento. Versatile by nature, Stockton has been the site of many movies and television shows. Over the years, filmmakers have used Stockton’s waterways as a double for the Mississippi Delta, the surrounding farmland to represent the American plains and Midwest, and the University of the Pacific campus as various Ivy League colleges. Some of the movies filmed in Stockton include: Cape Fear, Cool Hand Luke, Dead Man on Campus, Flubber, as well as most of the Indiana Jones movies.

Known to thousands as the destination for sixth grade science camp, Sonora is a small mountain town that prospered during the Gold Rush. Described by the Tuolumne County Film Commission as “one of the country’s most versatile locations,” Sonora was a go-to location for literally hundreds of shows and movies that depicted the Gold Rush, a majority being television shows from the 1930s through the 1970s. More recently, it was site of movies like Back to the Future III and shows like The A-Team.

Fresno has had its fair share of television shows and movies filmed within its city limits, including The Puppet Masters, Parental Guidance, and the eponymous miniseries, Fresno. In 2015, the extremely low budget horror film, The Gallows, was released by Warner Bros. Filmed exclusively in the Fresno area, at places like Selma High School, Veterans Memorial Auditorium, and Warnors Theatre, The Gallows cost $100,000 to make and grossed $43 million at the box office. 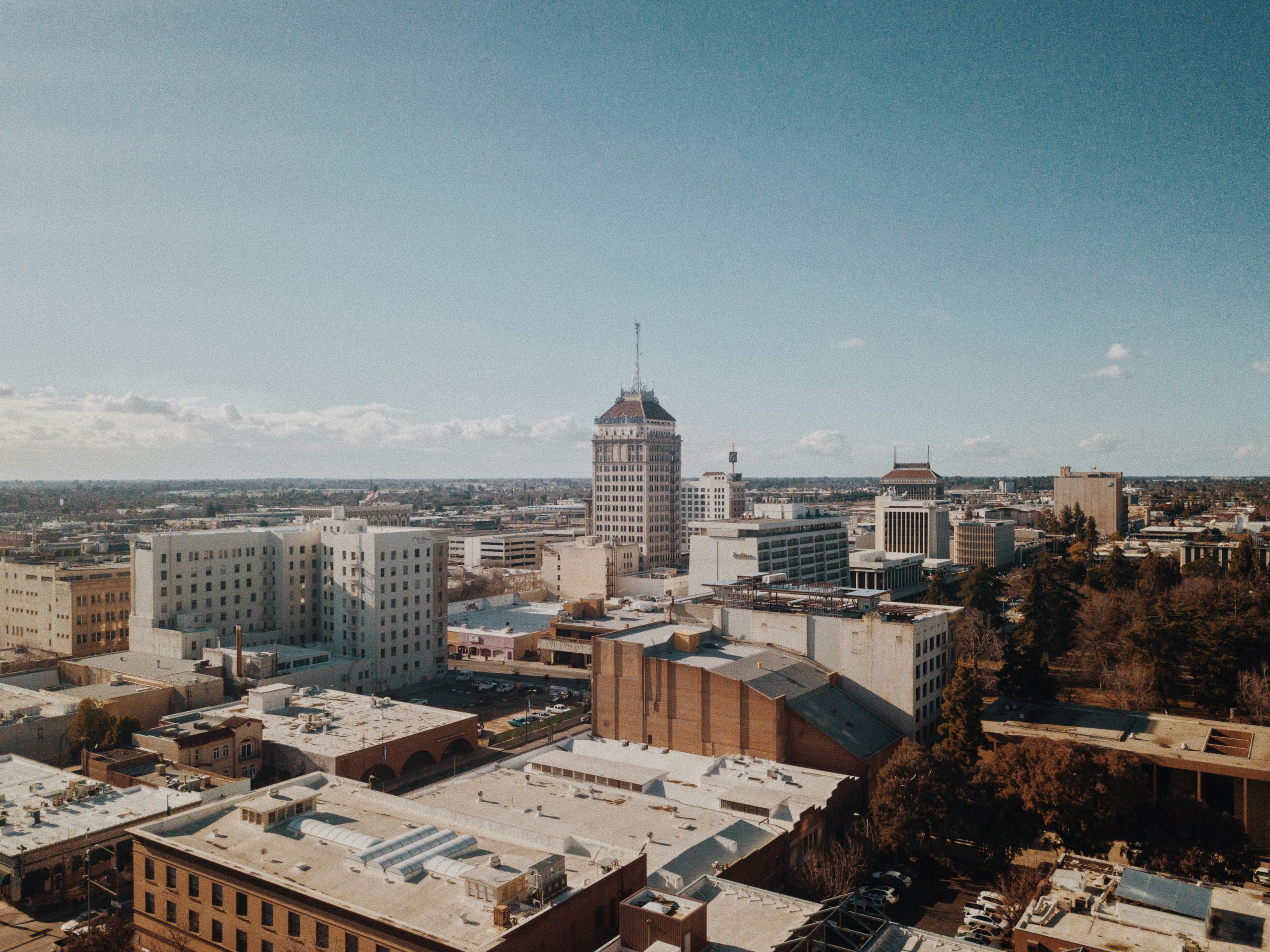 The iconic The Great Outdoors was shot on location in Bass Lake, about 40 miles east of Fresno, near Yosemite National Park, in October of 1987. Ducey’s Bass Lake Lodge, a rustic 1940’s resort in Bass Lake, doubled as Wally and Juanita’s Perk’s Pine Lodge in Wisconsin, where the late John Candy eats a 96-ounce steak, gristle and all.

Alfred Hitchcock found the perfect location for 1959’s North by Northwest in Garces and used it for one of its most iconic scenes. Today, the stretch of Garces Highway in the town of Wasco looks pretty much unchanged from the frightening scene when Cary Grant’s character is chased by a crop duster. The intersection of Corcoran Road and Garces, where many fans stop and take pictures, is no longer scary though, as the road now leads to the Kern National Wildlife Refuge.

BAKERSFIELD: FIVE EASY PIECES & ANY WHICH WAY YOU CAN

Film site of many movies, including Psycho, Hard Country, Best Laid Plans, and Hells Angels on Wheels, the movies Five Easy Pieces and Any Which Way You Can are two of Bakersfield’s better-known films. In Five Easy Pieces, Jack Nicholson, who earned an Academy Award nomination for Best Actor for the movie, gives up a career as a concert pianist to work in the oil fields. One memorable scene features Nicholson playing the piano during a traffic jam across from Kern County Raceway Park. Any Which Way You Can, which is a sequel to Every Which Way but Loose, stars Clint Eastwood as a former prize fighter. Traveling through Bakersfield as he goes from LA to Wyoming with his brother and pet orangutan, Clyde, hilarity and fist fights aplenty follow the group. “It certainly cannot be overlooked that University of the Pacific was a filming location for Indiana Jones. As I am walking on campus with my family, I can’t help but hope that Dr. Jones would come strolling around the corner. I am giving the whole trilogy another watch during quarantine!” David Lipari – Marketing Manager “To think that Downtown Modesto was a filming location for American Graffiti.  As I drive through Downtown Modesto you can visualize all the classic cars strolling down the streets. It makes me want to jump in the droptop cherry red 64 Chevy Impala while rewatching American Grafitti.” Freddy Rodriguez – Marketing Communications Specialist